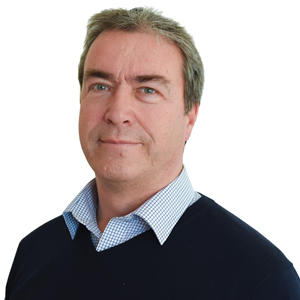 Peter Delia, Co-founder & CEO
Peter Delia, Founder and CEO of Ricston will never forget the interaction with an interesting individual that led to the foundation of his company. That individual was Ross Mason, who had developed a successful open source software integration project called Mule which was gaining traction in the enterprise market. While Ross had decided to set up a services company in UK and Malta - SymphonySoft - to address growing demand for Mule, Peter brought knowledge of the Maltese environment and market, as well as access to local engineers to help build the initial team. Later in 2006, when Ross founded MuleSoft, Peter founded Ricston and took on SymphonySoft’s team and assets. Peter pointed out that “Ricston was one of the few organizations with Mule expertise in-house and so was also contracted by MuleSoft to provide services for their platform, from inception”.

Peter has always been a strong proponent of software integration and the value it brings forth. “For any organization that has project management, time tracking, payroll, and accounting software, when all these systems “talk” to each other, it is preferred to input data only once,” he reckons. “The input of work hours per week into a time tracking system should result in all other applications pick up data automatically and then create invoices, payslips, and more.” This is the core of software integration that removes repetitive work, and Ricston has helped enterprises achieve this with Mule, the engine at the core of MuleSoft’s Anypoint Platform. Mule works as an Enterprise Service Bus (ESB) that lets users “plug in” applications only once and enables communication between all back-end systems.

Today companies seek to digitally transform their businesses and the Anypoint Platform is widely accepted as being perfectly engineered to support these strategically critical initiatives, Ricston addresses the customers’ need for a full cycle solution, whether for a simple integration or full-fledged digital transformation by offering services, training, delivery and support both onsite and remote. “We concluded a reseller agreement with MuleSoft last year and now, Ricston is one of the few partners offering a full cycle solution, along with 10 years of experience working with the MuleSoft platform, at many levels,” remarks Peter.

Ricston was one of the few organizations with Mule expertise in-house and so was also contracted by MuleSoft to provide services for Mule, from inception

Peter also seeks to support the current strong trend in building an open API layer on top of the systems to enable seamless inter-communications and managed access to your data and systems for third parties. To meet this end, he recommends adoption of an API-based architecture with three layers, to extract information from systems; retain process consistency across platforms and devices; and build intuitive UI. “With this methodology we help organizations to easily add more devices and solutions into the mix, while maintaining high performance of the whole system,” remarks Peter. “We leverage our expertise with Anypoint Platform to achieve this feat within a matter of days or weeks rather than months.”

Peter believes that MuleSoft’s visionary view of enterprise as an application network will further disrupt the software integration arena, and Ricston will actively indulge in this revolution by helping connect each applications and database within an organization through APIs. 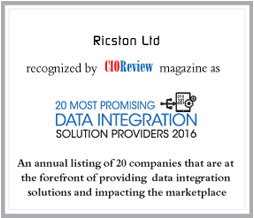 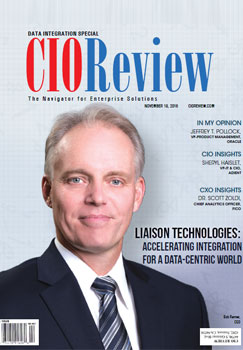