IoT is Changing the Paradigm of Connectivity

IoT is Changing the Paradigm of Connectivity 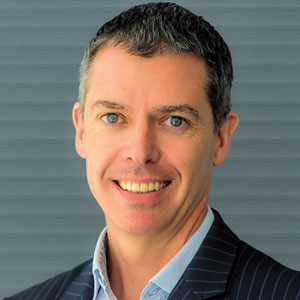 When you think of the internet, did you ever dream things such as a ‘connected tennis ball’? What would be the point? In a ground-breaking innovation, the Womens Tennis Association (WTA) is now allowing on-court coaching by using a real-time analysis of play; leveraging a range of technologies that can track a tennis ball during tournaments and allow complex analysis and replay the same on a Smartphone or tablet. Coaches can now impact a player’s performance instantly during a game based on how they and their competitors are playing at any given moment.

“The traditional concept of the internet has been that a human ‘connects’ to it and requests a response, but now we see ‘things’ connecting and responding to each other”

The traditional concept of the internet has been that a human ‘connects’ to it and requests a response from one of the many web servers around the world. But now we talk of ‘things’ that connect and we can now even define these things as something that is not usually considered a piece of technology. However, their behavior is interesting enough to capture and share using technology.

The technology for the WTA is a combination of high-speed visual motion capture to track the ball, real-time computing for high speed analysis of the data, and mobile for the visualization. The tennis ball hasn’t been modified, but its behavior can be tracked by modern cameras and image processing technology and turned into information that becomes of value to player and coach to improve performance.

This analysis has also been provided to the fans via a public app that can be downloaded at a tournament, and including a wider range of player information significantly enhances the audience engagement whether they are attending the event or watching it from anywhere around the world.

This powerful combination of technologies is only just starting to show how the world can change – anything can become a ‘thing’ that can be incorporated into a system where analysis can be performed to improve decision making, that can lead to improved performance, optimization and even new kinds of services that can expand a business.

Take vending machines for example. These can be made ‘smart’ by addingrelatively inexpensive technology that both connects them to the internet but also can vastly improve the customer experience. This presents multiple opportunities for technology to enhance the various business areas involved.

The inventory of the vending machine is now instantly available, as well as every transaction as it happens. By always knowing what is selling right now, inventory in the supply chain can be optimized and costs reduced. Sales can be increased through reduced out-of-stock situations. Transportation costs can be reduced by carrying only what is needed, and by smartly and dynamically routing the delivery trucks according to the way sales are going by machine. With enough data built up over time we can start to predict with more accuracy than ever when a machine will run out of a particular item, and decide whether it’s profitable enough to restock now or later. And with more history of how the machines themselves operate in different environments, it would be possible to predict when they need to be serviced and reduce their downtime, optimizing service personnel.

Whilst all of this is at the back-end of the business, at the customer facing side of this is significantly improved thanks to the connection to the internet and the use of a touchscreen on the machine instead of the usual pushbutton pad. If a customer chooses to use a technology like NFC to simply bring their phone close to the machine and pay for an item, this also allows the vending machine to know who the customer is and respond to them with a personalized experience. This brings a whole new possibility for brands to connect with their customers like never before, and offer products or services beyond the physical domain at the local level.

With the cost of technology dropping continuously, the ability for any ‘thing’ to be connected to the internet is becoming easier – but how do you take advantage of this? The explosion of the maker movement demonstrates that there is a vast pool of creativity continuously experimenting with the new opportunities this brings, and new talent in surprising places. The challenge for traditional businesses, and traditional CIOs, is how to bring this innovative approach into the corporation.

What has worked well for software is now starting to spread to hardware too – hackathons. Many corporations and governments now sponsor public and private events where technologists and people with an interest in technology get together in bursts of creativity to develop new ideas and prototypes. This is an ideal way to explore the new world of connected ‘things’, the data they produce, and the other technologies needed to turn this into new products and services. If you are struggling with a way to unleash the creativity in your own organization, there are plenty of people outside it who are willing to help, especially if you provide them access to people with real business experience, real-world data, and pizza and beer!

Bringing the Cloud and Network Together

New Challenges For The New Normal