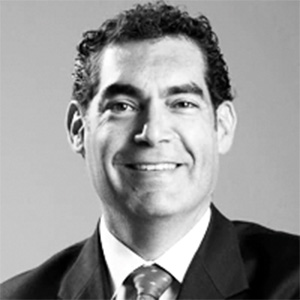 For more than a decade, the global economy has experienced an unprecedented transformation driven by the digital economy, also known as the fourth industrial revolution. During the first wave, this transformation impacted primarily the manufacturing sector and in its second wave, it encircled services and other less digital industries. Current estimates suggest that people spend $1 million per minute on online shopping while the digital economy accounts for around 16 percent of global GDP. In the U.S., this share is 10 percent and in the past 10 years, its contribution to real GDP growth is close to 40 percent . Under current trends, by 2050, the share of the digital economy in the U.S. could reach almost 20 percent and its contribution to real output could reach almost 70 percent

At the core of the digital economy lies the intersection between data, computing power and connectivity.

Some estimates suggest that 90 percent of all the data in the world was created in the last 2 years. In fact, every day we generate 2.5 exabytes (18 zeros in one exabyte) of data, equivalent to listening to music nonstop for 285 million years. By 2025, there will be 200 zettabytes (21 zeros in one zettabyte) of data, implying far more stored bytes than observable stars in the universe or grains of sand in all of Earth’s beaches. Although humans are generating most of the data, in a few more years this will be mostly created by machines.

Data itself has little intrinsic value. However, once it is analyzed and used to make actionable decisions, it becomes an invaluable asset. The exponential growth of computing power is letting organizations to identify, store and manage massive and complex datasets. Already, around 50 percent of all corporate firm’s data is stored in the cloud. Meanwhile, artificial intelligence (AI), which in broader terms implies giving computers the ability to emulate human intelligence, along with big data, machine learning (ML) and deep learning, is allowing organizations to develop algorithms and other tools that can learn and yield predictions to solve complex tasks and make objective decisions. In the past, only large organizations could benefit from AI and ML. However, the advent of third parties offering AI as a service (AIaaS) implies that small businesses can also benefit from these trends.

Like all technological disruptions, the digital economy implies challenges. Despite more IoT devices than people on the planet, the World Bank estimates that 3 billion individuals remain offline and 43 percent of the world’s population do not use mobile internet. The WEF estimates that 80 percent of online content is available in just one-tenth of all languages. Uneven access to digital technologies and inequitable distribution of benefits could lead to greater concentration of market power and inequality. In addition, although technological disruption creates jobs it also destroys them. Likewise, automated AI and ML algorithms raise legal, regulatory and ethical concerns related to privacy and human biases. Last but not least, information can be stolen or misused, which can have severe destabilizing effects on financial markets, national security, elections and institutions.

Nonetheless, there are also opportunities. A study from MIT shows that data-driven decisions allow companies to reap 5 to 6 percent higher productivity and output growth rates compared to other investments. Businesses also benefit from better organizational management, faster innovation, optimized processes, new products and services, enhanced customer service, and greater value creation. At the aggregate level, economies become more efficient and grow at a faster pace. According to ITU, a 10 percent increase in digitization boosts labor productivity, total factor productivity and GDP per capita by 2.6 percent , 2.3 percent and 1.4 percent, respectively. Other benefits include energy efficiency, more sustainable growth, lower corruption, fraud detection, enhanced working environments, and greater global trade and interconnectedness. According to McKinsey Global Institute, with open data just seven industries could create $3 to $5 trillion in economic value every year, of which, $1.3 to $2.2 trillion would benefit the U.S.

Companies willing to embrace and unleash the digital revolution amid the uncertainties will have a competitive advantage and grow significantly faster than their competitors.

Challenges Over The Past 18 Months

Security Architecture In Theory And In Practice: Why Security Should...

How Wi-Fi 6 Will Seamlessly Integrate With 5g