All About Software Defined Networking 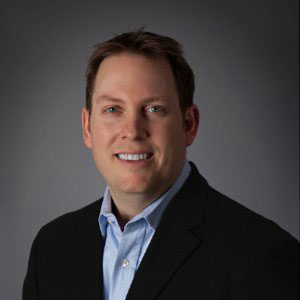 What significant changes did your industry segment witness in 2013? What did these changes mean to vendors and customers?

While 2013 will uncertainly be known to most as the year of software-defined everything, there were some subtle changes in the IT infrastructure space that might have profound impacts on the competitive landscape for years. When Cisco announced its plans for much-anticipated spin-in Insieme, it changed the dialogue in two important ways. First, the dialogue to date had been focused on underlying technologies. SDN has largely been a generic reference for the OpenFlow protocol. Cisco changed that conversation, moving it from the underpinning technologies to the purpose of the framework. By focusing on applications as part of its application-centric approach, Cisco has helped focus the attention on the things that ultimately matter. Second, while many in the networking industry saw the ACI announcement as the next salvo in a networking war (and Arista even preempted the launch with its own hardware launch the same week), Cisco has been positioning itself less as a networking company and more as an IT company. CEO John Chambers has repeatedly said that Cisco would become the No. 1 IT Company. This means the axis of competition has shifted. It is less about Juniper and Arista and more about Oracle and IBM. This could be huge going forward. Combining these two - an application focus and setting sights on IT generally - could mean that Oracle and Cisco square off in what would be the biggest clash of the IT Titans in years. The competition should be all good news for customers, who will see price pressure and an even stronger push for innovation. It will also likely signal a wave of consolidation and the giants look to expand ad fill out their portfolios.

What are some of the changes you had anticipated would happen in 2013 but did not happen?

2013 was supposed to be the year of SDN deployments. The deployments have lagged, partly because of solution readiness but also because adoption of SDN is more than simply buying and deploying technologies. The change requires careful consideration of not only how these technologies ought to function but rather how they need to function in the context of the rest of the infrastructure. Operational concerns like monitoring and troubleshooting are just as important as the underlying protocols. And integrating SDN solutions with existing architectures requires skill sets that are not already present in most IT shops. The result is a slower rollout despite the continued buzz. In the face of slower economic returns, it will be interesting to see if any vendors flinch and revert to their legacy architectures to make sales.

Can you paint us how the landscape for your industry segment will change in 2014? What are some of the broader trends you are closely watching?

2014 should see two major shifts: first, the discussion will move from SDN technologies to controllers, and second, the conversation will change from CapEx to OpEx. The meaningful architectural element of any SDN architecture is the control point. This means that controllers must emerge, and that means that all the focus on OpenFlow will naturally rise to cover the thing that drives the value: the controller. This will raise serious questions about interoperability, vendor-owned vs. open source, scaling, and security. This will also get the industry closer to meaningful dialogues around how all of the disparate IT elements come together in a highly-automated, loosely-integrated environment. All of this, of course, is in support of a long-term operating model that drives costs downward. Appropriately, we will see less discussion about price-per-port and merchant silicon, and more discussion on how IT is orchestrated and automated. TCO will replace CapEx, and that will change both the marketing and selling motions around the industry. Another possible shift is likely to hit later in the year or in 2015, but as these SDN deployments hit the mainstream, there will be a push for professional services to manage migrations and integrations. This will change forever the VAR landscape, and on a grander scale, it could impact how systems integrations are done, pitting companies like Oracle and IBM with the mainline vendors like Cisco and Juniper.

How vendors and customers would spend change in 2014 for the industry segment? What makes you think customers will be buying more/less?

IT spend will continue to track more closely to GDP than to any technology trend. SDN or any of the intersecting technologies do not create a compelling event to force spending now. The onus will be on vendors to demonstrate value and document the payback period. There will be a shift in spend, though; as price per port continues to drive downward and customers look to replace that capacity spend with management spend. With the lower prices, though, the buying cycles will change. We should see shorter refresh cycles as the networking industry matures. Whether that happens in 2014 is doubtful, but the trend is moving towards 3-year refresh cycles, compared to longer 5-year cycles in switching today.

Candidly, 2014 is a make-or-break year for Plexxi. We have bet on three distinct technology trends: photonic switching, SDN, and DevOps. With our first generation of products tested and our second generation of products hitting the market now, we expect to see increased market traction. This will validate our central thesis that infrastructure is deployed in support of the applications it serves, and that flexible and dynamic infrastructure that is designed for integration and programmatic control is the way of the future. The world is certainly rotating our direction, and what were once fringe ideas are now becoming main stream. We expect to capitalize on having skated to where the puck is most definitely going.

A Call for More Consistent and Better Customer Experiences

The Evolution of the Matrix

How Blue Shield of California implements finance technology in...